Big data: The next frontier for innovation, competition, and productivity

A 2011 McKinsey report shows that:

Google's chief economist Hal Varian has been reported as saying that "the sexy job of the next ten years will be statisticians" [p.103] 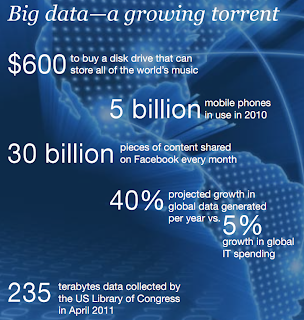